The Model 1911 pistol is well-established in the American gun culture. Virtually every handgun maker of any size offers some version of the old classic, and many smaller firms craft radically upgraded competition or presentation versions. As American shooters, we really like the century-old service pistol, so much so that a steady stream of M1911s issues forth, successfully competing with all the modern polymer semi-automatics. Every gun person accepts this, but some makers take it a bit further. It is not just an endless stream of copies of the first Colts as much as it is the appreciation of the M1911 as a style of pistol. Almost as soon as the gun was first offered, other makers made pistols that strongly resembled it and often handled in pretty much the same way. Some of the guns were much larger and others were much smaller, but all had those instantly recognizable lines.

Kimber is one of the best-known makers of M1911s, with a wide choice of different models. Nifty, miniaturized M1911s chambered in 9 mm Luger, the Micro 9s fill a solid need in the company’s product line. This more-than-a-century-old cartridge, that dates to the Kaiser’s time, has become America’s most popular pistol cartridge. Gunmakers all want the 9 mm to be well-represented in their handgun catalogs, and in recent years, the 9 mm Luger cartridge got a lot of attention from ballistics engineers. It is an almost ideal size to fit into some very concealable little semi-automatic pistols that still offer respectable power. Make no mistake about it—Kimber’s Micro 9s are not competition pistols, nor are they really at home as an outdoorsman’s sidearm. These are defensive handguns, configured for concealed carry or police backup roles. In 9 mm Luger, they are nicely suited for these jobs. In the past few years, several firms have offered similar pistols chambered for the .380 ACP. Kimber made just such a gun, the Micro (February 2016, p. 44), and it was the starting point for the Micro 9 series.

The Kimber website describes six variants of the Micro 9, all of which are the same basic gun. A single-action semi-automatic with a steel slide and aluminum receiver, it boxes at 4.07″x6.10″x1.06″ and weighs just under one pound (15.6 ozs.). The .380s, whence the Micro 9s evolved, were slightly smaller pistols, but they were also recoil-operated semi-automatics. This means the barrel is locked to the slide upon firing and remains so until the bullet has left the muzzle. Micro 9 Kimbers work the same way, but some strengthening was needed to deal with the higher pressures of the 9 mm Luger cartridge. Also, the simple increase in 9 mm cartridge length over the .380 ACP demands a deeper magazine (in front-to-back measurement) and an appropriate magazine well to handle it.

The field-stripped Micro 9 CDP (LG) reveals a full-length guide rod and a kidney cut in the barrel’s underlug, which, along with the lug itself, initiates locking and unlocking.

Micro 9s all use a single-column, six-round magazine. From the angle of the butt, shape of the trigger guard and lines of the slide, the resemblance to the classic M1911 is very strong. Basically, the Micro 9 handles and functions the same way, but there are a couple of significant differences that need to be discussed.

Micro 9 triggers differ from the M1911 in the sense that they do not slide back and forth in a trigger slot, but rather pivot on an axle or pin in the top of the trigger guard. This change precludes a need for a trigger bow that works around both sides of the magazine when it is in place in the receiver. The trigger pull on the Micro 9 is OK, breaking cleanly between 5 and 6 lbs. There’s no grip safety on the backstrap of the Micro 9, but that feature has been government-issue for decades on the original gun. What would seem to be a worthwhile change is the thumb safety. Bilateral, and in the same place with the same general shape, the safety goes up to “safe” and down to “fire.” That is familiar, but note that the upper edge of the safety does not engage a notch in the slide, as does the M1911’s. To render a Micro 9 safe while handling it or clearing a possible malfunction, simply engage the safety. You can rack the slide with a cocked hammer and do so with the safety on. It is a little different from the M1911 norm, but a worthwhile feature to have.

Baseplates on the Micro 9s’ six-round magazines are flush-fitting with the frame to keep the pistols’ profiles as low as possible. Note the fine checkering on the CDP’s frontstrap.

As already mentioned, there are six variants of the Micro 9 currently listed. For this report, Kimber provided a pair of samples, both of which proved to be sound defensive guns. The difference between the two versions are immediately noticeable, mainly due to some special—but still functional—cosmetics on the first: the Stainless Raptor. It is calculated to appeal a bit more to the aesthetics than the other gun, the CDP (LG), which is configured for pure everyday-carry work. The Raptor is the one you want when you’re looking for a sense of elegant style. In it, the maker has executed the ever-popular M1911 style with more clearly defined edges and corners. The gun features a stainless slide over an aluminum receiver, both finished in a subdued silver color. In addition, its Zebrawood stocks have an unusual scaled texture. And while they do not include the built-in laser sight of the CDP (LG), there is an engraved oval bearing Kimber’s logo. Cocking serrations on the slide and receiver frontstrap are a unique touch, with a pattern of small overlapping oval depressions that are not only visually appealing but that are quite functional as well. The top of the slide and mainspring housing get a series of larger notches. The Raptor is an elegant little hideout gun.

Now to the Micro 9 CDP (LG). Its designation stands for “Custom Defense Package (Lasergrip)”—Kimber also offers a CDP model sans laser sight. The gun wears a two-tone finish, with a dull stainless slide and black receiver. Actually, the receiver color is a soft gunmetal gray, which gives it a businesslike air. There’s another feature that’s consistent with the defensive nature of the gun. Every edge and corner on both the slide and receiver are radiused. That makes the CDP (LG) a bit easier to carry in pockets or light holsters for extended periods of time. The treatment is most noticeable on the top edge of the slide, but all edges are “melted.” Also, note the 30 l.p.i. checkering on the pistol’s frontstrap and mainspring housing.

Kimber wanted to cover all the bases with sights on this pistol. Dovetailed into the top of the slide are combat-style sights of blued steel. As is the case with most guns of this sort, the sights are fitted with long-lasting tritium dots in the three-dot pattern. The sights, by the way, have full-size notch and post contours—you can really see them. But you can also use a tiny switch on the left stock to activate the battery-operated Crimson Trace laser housed in the top edge of the right stock. Both panels are molded synthetic material with nice checkering, and the two are connected by a rubber bridge under the trigger guard. Pressure from the middle finger on a button turns the red laser beam on and off. The beam may be zeroed to match the point of impact of a fired bullet. The CDP (LG) is a pretty complete hideout gun.

In the assortment of good combat pistols available to the American shooter, these new Kimbers are going to earn a place. Shooters who are steeped in the 9 mm tradition and practice may be comfortable with one of them. If you like the M1911 style of automatic pistol in general, one of these “little 9s that can get it done” might just be your choice. 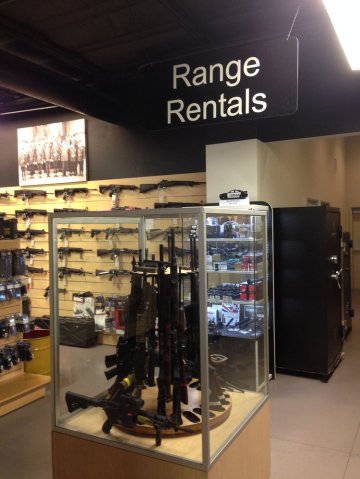 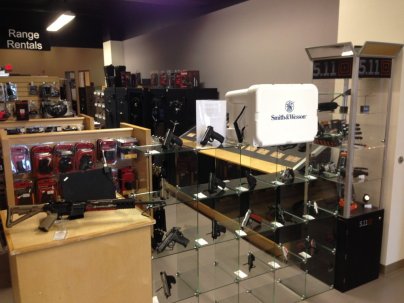